Math on a Sick Day

The kid was under the weather, so she stayed home from school. 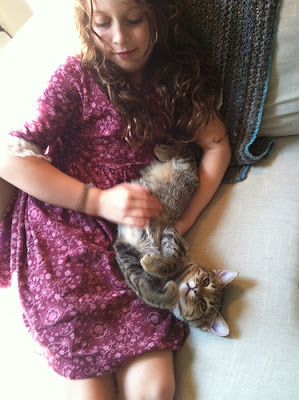 She wanted to check out the box of money I found over a five year period in the late 1990s so I hauled it up out of the basement and we spent a quiet hour sorting, tallying, oohing and ahh-ing.  Apparently during that time I found five 1943 wheat pennies, a large amount of foreign coins (most of them found in the U.S.) and $28.24 in American coins.

Oh, and then there was that one time I found five $100 bills. After waiting about three months for someone to claim it, I did decide to spend it, but not before copying the bills so I could have a record of my epic find. 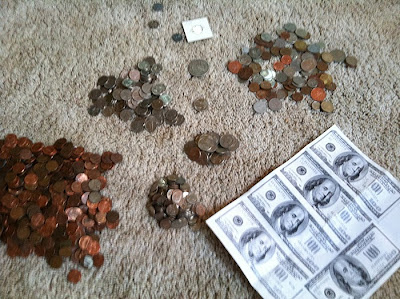 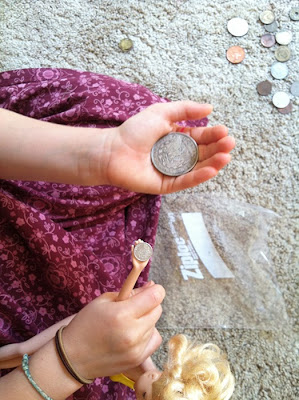 "Well, not really. See how the little coin covers the doll's entire hand? How many times bigger would your big coin need to be to cover your entire hand?"


I'm not very good at this kind of thing (yet) but I do like asking questions to see if she can find an answer.

This is what she came up with.  So, her coin would have to be approximately three times bigger? 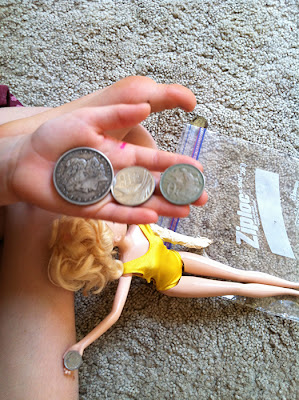 And then, of course, because she's who she is, she did this. 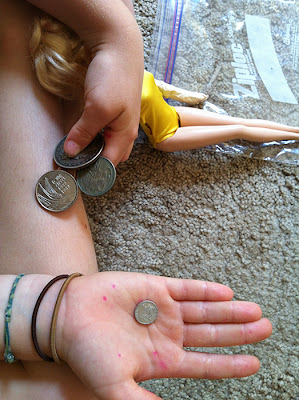 And that, in addition to observing her group nickles efficiently while she counted out the change, was our math on a sick day.
Posted by Unknown at 8:25 PM