I've been experiencing some serious math kismet recently.  I rediscovered a thrifted book on 16th century mosques that I bought to read with my daughter.  We got part way through and I remembered what I was really interested in were Islamic geometric tiling designs, which spurred me to the library where I found an awesome David Macaulay book about the construction of a fictional 16th century mosque.  But still no leads on tiling designs.

A few days passed.  Today in the mail, totally unexpected, was this Christmas gift: 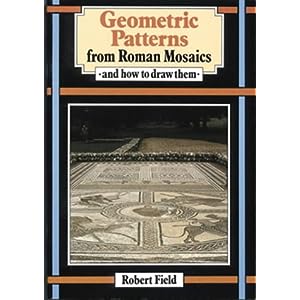 Not Islamic, but still fascinating and exactly the kind of resource I was looking for.  From the book:

"These geometric patterns radiate symmetry and order.  Drawing the patterns is not just a question of mechanically copying the work of someone else square by square, but of understanding the underlying structure.  These patterns are built up from simple elements which seem to 'grow' and develop in an almost organic or living way."  Perfect.

As I looked through it tonight I realized that some of these designs would be great inspiration for the mathematical paper weaving I've been exploring, and other designs would be perfect for the non-quilting paper patterns activity I developed this summer.

And, to top it all off, when I looked the book up I found that there are other books by the same aut﻿hor on the topics of geometric patterns from tile and brickwork, churches and cathedrals, patchwork quilts AND Islamic art and architecture which, it turns out, was heavily influenced by the geometric designs of the ancient Greeks and Romans.  So, really, if you think about it, the very most perfect book appeared at the very most perfect time.

I have so many new ideas I may never sleep again...
Posted by Unknown at 8:50 PM

Email ThisBlogThis!Share to TwitterShare to FacebookShare to Pinterest
Labels: design, Geometric Patterns from Roman Mosaics and how to draw them, Robert Field, tiling