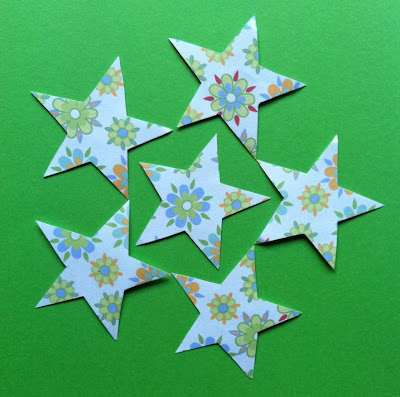 I've been looking back on a year's worth of posts and it is amazing to me how much math my daughter and I have done, both individually and collectively.

We've gone on math walks, grown our math eyes, read books, talked math, played math, made our own math games and, especially, built our math understanding one piece of chalk, pipe cleaner, straw, woven paper strip, camera snap, colored pencil, bead, craft stick, scissor, clover, flower petal and glue stick at a time.  Here are the top posts for 2012, but for every one in this list there are many, many more just as important to me (even if less read):

1. Solids and an Observation on Scale

3. Is it Cheating to Use the Multiplication Chart?

6. And the Award for Favorite Platonic Solid Goes to...

8. A Game of Her Own: Discovering Division

And, an excerpt from a post that is among my personal favorites from the year, The Elephant in the Room:


This flurry of math in the making has me reflecting on how I used to think that math was some kind of  inaccessible, abstract magic trick, a sort of in-joke that excluded us common folk, but now I realize that math is completely not that at all.  The reality of math as most of us know it is like that story where three men are standing in a dark room touching different parts of an elephant.  None of them has the full picture because they're only perceiving individual elements of the whole animal.

The reality, I'm discovering, is that math is just like that elephant: a large, expansive, three dimensional, intelligent, sensitive, expressive creature.  The problem is that most of us have been standing around in that dark room since about kindergarten, grasping its tail, thinking "this is what math is and, personally, I don't think it's for me".  We've been blind to the larger, incredibly beautiful picture that would emerge if only we would turn on the lights and open our eyes.

Thank you, everyone, for reading, and huge thanks to the many readers and supporters who helped make 2012 an incredibly fantastic year of mathematical discovery and growth.
Posted by Unknown at 8:57 PM