I've had some questions running around in my head about the Math in Your (little) Feet primary project/experiment. The one I'm pondering the most is: Why am I focusing more on the mapping aspect with the primary kids than in the upper ES version? After today, I think I might be closer to an answer.

Today, in all three of my sessions, the kids seemed to have settled into the dancing and by that I mean, compared to what I saw in the beginning, their bodies executed the (deceptively simple) dance moves with ease and accuracy, and we were moving more as a group. It truly was a beautiful, beautiful sight.

I believe this new-found ease with precision footwork has come about because I have also made a point to have them read and represent their foot work visually, even if it's challenging or not always "correct."

Last week, instead of having the K-2 class build dance steps and then map them, I wanted to see what would happen if they could figure out how to dance a pattern starting with the map. It was clear at that point that reading dance maps and making dance maps are two different processes. I wanted to see if I could move those processes closer together. I decided to make a game! 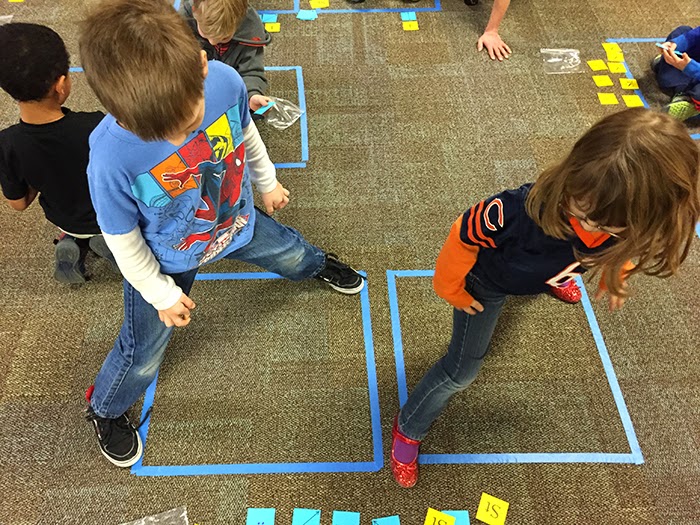 The "starter kit" included yellow cards for the movements Jump and Step. Blue cards were direction cues; arrows for split feet (2 feet on the ground at one time), dots for individual feet. You could also use the backs of the blue cards to draw in foot positions as needed. 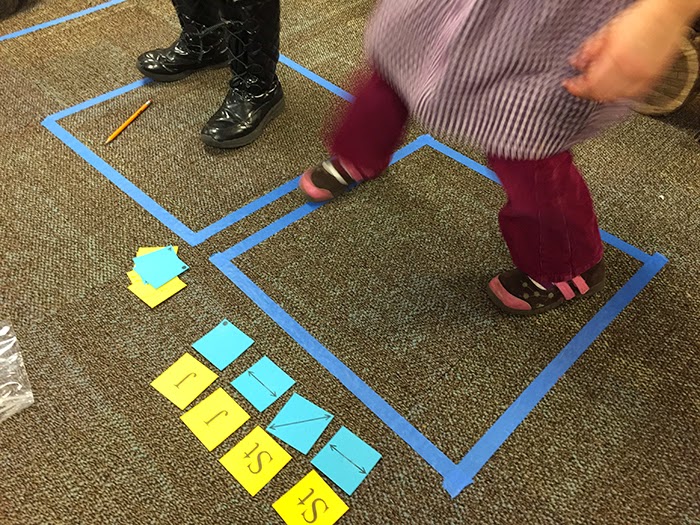 It created an interesting interaction between what you want to do and how it's mapped out in front of you.  Were you doing what was on the card? No? Do you want to change the card to match what you were doing? Instead of committing your ideas to paper (which sometimes needs erasing) the cards were semi-permanent, flexible, and interactive. 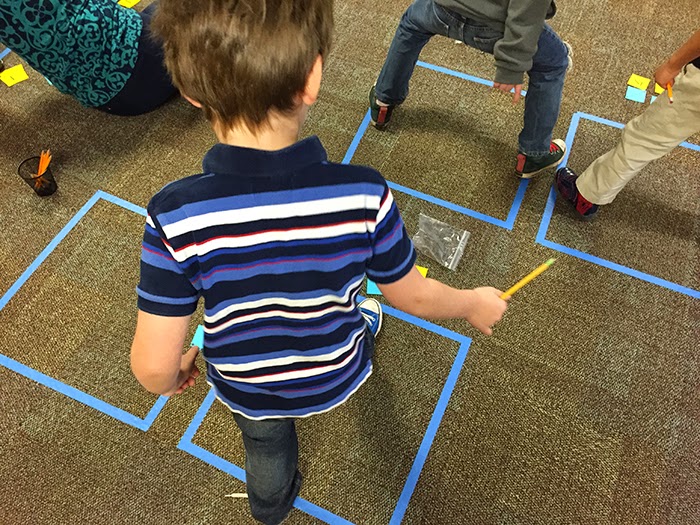 I also was hoping that the cards would scaffold teams of kids toward real collaboration, maybe help them share ideas more fluidly, in a way that, up to this point, hadn't really been happening. I think part of the issue is that the dance goes by so quickly they weren't catching each others' ideas. I'm hopeful that these cards can and will support the development of some teamwork and idea sharing in the next three weeks. 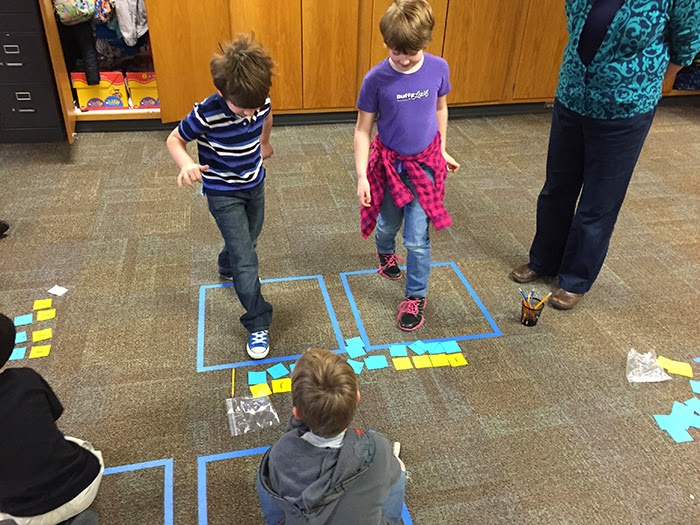 The class was as focused as I could have hoped for given everything. It was an incredibly pleasant 45 minutes.

Just like everything else I've tried so far, some kids loved the cards and some didn't. Upper ES kids don't need this kind of reinforcement to be fully oriented to the math/dance making. For the primary kids, though, my efforts to help create a visible connection between the dancing and the maps seems to be supporting them in building competence in both realms.

Malke Rosenfeld delights in creating rich environments in which children and their adults can explore, make, play, and talk math based on their own questions and inclinations. Her upcoming book, Math on the Move: Engaging Students in Whole Body Learning, will be published by Heinemann in Fall 2016.
Posted by Malke at 7:13 AM

Email ThisBlogThis!Share to TwitterShare to FacebookShare to Pinterest
Labels: #miyfeet, Math in Your Feet, primary project