My daughter may be headed to school for the first time in over two years, but she's apparently still learning at home, too.

A big maker, doer and thinker (but, interestingly, not a big builder) my child has historically loved making maps (math!), drawing diagrams (math!) including sewing patterns, and generally thinking math 'out loud' in a visual way. The first image below is from when she was six (a map to Grandma's house the next state over) and the second two are from when she was seven (a map from our house to our 'second classroom' at the local co-op via the college campus, and a sequential diagram of how to turn a whole piece of cloth into a dress). 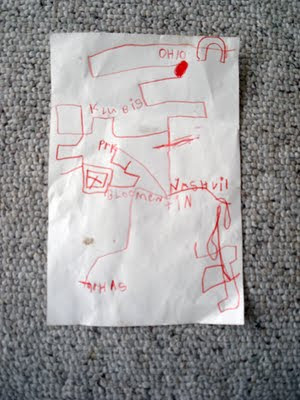 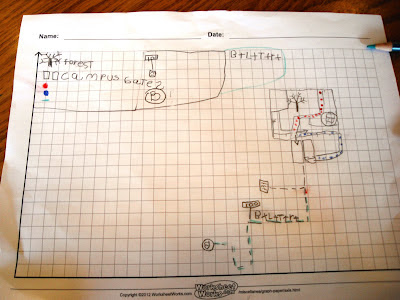 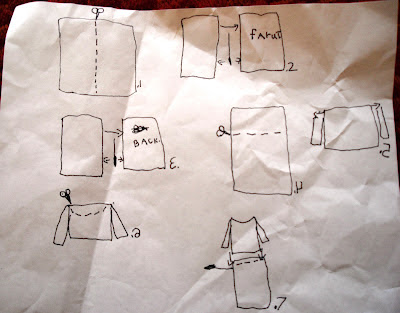 She's eight now and just look what she did this weekend! 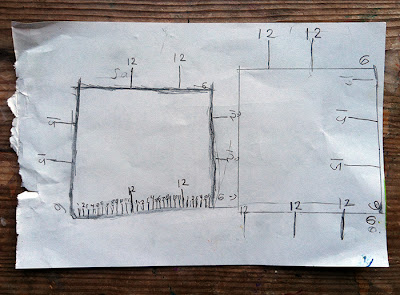 She had been trying to build a fort on the couch but it kept falling down. "Oh well, I guess I'll make a plan for a new fort," she sighed.

At that point I left to do other things. When I came back much later there was essentially a large cube in the middle of our living room made out of the PVC piping and connectors that had been lying around unused for the last half year.

I took a closer look at her plans. "Why are there two squares?"

"One is the bottom and the other is the top."

"And how did you get those numbers?"

"I measured the pipe."  (Apparently with an 18" metal ruler)

Here's what I noticed:

Neither drawing is quite to scale (inch to foot) but what stands out to me are her very clear markings and groupings of twelve inches in each segment as well as the fact that each edge is 12, 12 and 6.  And, it is also fascinating that she was measuring in 12" segments even though her ruler was 18" long.

Also, she drew the image of the top of the structure with the ruler (square on right) which, for some reason, I find important as it is indicates a shift toward precision that I have not seen before. 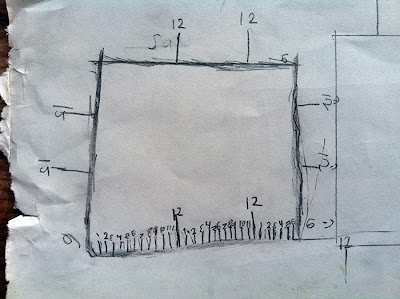 This is so exciting to see because it is the first time she's modeled/planned something before she's made it -- a level of abstraction that is brand new. She also obviously wanted to accurately portray how long each edge really was as well as the fact that there was a top and a bottom to the real space she was creating.

As I put together this post I realized I was getting a bird's eye view of the mathematical development of one particular child over a two-year period, specifically the progression of mapping and modeling between the ages of six and eight.  I suppose it's because I was there for every bit of it that I find the view so compelling. Also, none of this happened in a vacuum; despite my child-led, seemingly hands-off approach I have been quite intentional about the structure and tone of her learning environment, especially in terms of having a chance to play with and talk about mathematical ideas in multiple ways. For that reason, I humbly submit this post as another example of what it means to learn math by ear.
Posted by Malke at 9:51 AM